Learn the steps I take to make money selling on eBay and Poshmark – to date a total of $63,242.48 (net) just from selling used clothes during nap time!

In this post, I also share with you my exact income and expenses. Find out how I made $2,162.58 this month from flipping thrift store finds!

(Affiliate disclosure: this post may contain affiliate links through which I may make a small percentage from when you make a purchase. This is at no additional cost to you. Thank you for your support of this website!)

Just a few short years ago, I was just like you.

I spent hours scouring Pinterest trying to find a way to make money.

But despite all the time I spent researching, there was just not much legitimate work out there that fit my lifestyle as a stay-at-home mom of three.

And maybe that’s where you’re at.

Finding Out About Reselling

A friend that was just getting into reselling told me about how she made money flipping thrift store items on eBay.

To be honest here, I was pretty skeptical.

At that point I had no idea thousands of people make money selling used items on eBay. Many even making a full-time income.

I had pretty much tried every other way to make money, so I figured “What the heck? Let me try this out.”

I headed out to the stores with just $7 in my pocket.

I figured out how to list the items on eBay. And to my surprise I made money!

The most important thing to making money selling on eBay, is to set goals for yourself. These have been some of my goals along the way:

When I first started, my goal was to be able to have enough to pay $205 each month for preschool.

Not only was I successful, but I made more than double my goal on average!

And this was from working 4 hours a week during preschool time. My brand new baby slept most of the time in the baby carrier while I worked.

The next year, my preschooler went off to 1/2 day kindergarten.

My goal was to pay $500 for private school for two kids PLUS be able to contribute $500 monthly to my retirement account.

And this was from working about 10 hours a week while she was in kindergarten. The baby slept about half this time – a lot still in the carrier.

I’ve had two kids in school (until COVID hit) plus the little one at home with me. I work mostly during afternoon nap time.

My goal this year was to start paying off my house by selling on eBay in addition to contributing $500 a month to my IRA.

Even with thrift stores being closed for nearly three months due to COVID-19, I have been able to average over $1,900 every month!

Thankfully the two older kids were able to go back to school. The littlest is still home with me full time.

Most days he naps, but sometimes he doesn’t and I have to get creative to keep him busy while I get some work in.

My goal this year is to continue putting $500 a month in my IRA.

I put the remainder towards principle on the house.

School year four is coming to a close and I’ve made over $2,000 a month on average!

Knowing What To Sell

If you are interested in selling on eBay or other platforms, knowing what to sell is half the battle.

For me, that was clothes.

You also want to know what sells best.

These articles can help you identify what kinds of things you can sell:

I also have several posts featuring some of the items I’ve sold.

They cover how much I paid, how long they took to sell, why I thought they would be a good flip, plus how much I made.

Get more ideas of what to sell in Reseller Bootcamp!

Click To Get Your FREE Reseller Bootcamp Course Now!

Knowing Where To Sell

eBay has been my main income source. It makes up approximately 95% of my total sales!

While eBay does have the largest number of customers, there are many other platforms you can sell on including:

You can read more about the best places to sell clothes in my Complete Guide To Selling Used Clothes For Top Dollar.

Learn How To Sell Online In Just 5 Days!

What You Need To Start Selling On eBay

The great things about selling on eBay is it doesn’t require a huge start up cost.

All you really need is your phone (for pictures) and preferably a scale.

Once you’re making some money, I’d recommend investing in a lighting kit, photo background and mannequin.

You can find the exact supplies I use here: Reseller Supplies I Use.

If you want to learn more about selling used clothes or other items on eBay, I’ve got you covered.

I also have created a FREE 5-Day Reseller Bootcamp that is delivered straight to your inbox.

This Month's Income Report From Selling On eBay, Poshmark & Mercari

Each month I share my exact revenue and expenses with you from running my reselling business.

You will notice that I don’t ever spend very much on shipping supplies. This is because when you have an eBay store, you will receive a quarterly shipping supply coupon.

You can read about this perk plus 9 other perks of having an eBay store.

This month was a record month for me!

There’s never been a better time for reselling!

Here is my revenue along with my expenses.

Expenses For Selling On eBay (with eBay Managed Payments)

eBay is in the middle of rolling out what is called Managed Payments. This essential removes the need to a third party payment system (Paypal).

The accounting is much more simplified as sales tax, ebay selling fees (including payment processing), and refunds are deducted from the money I receive.

Here is an explanation of the expenses you will find on my income reports (post Managed Payments):

eBay Fees: This is the cost of my eBay store subscription plus some shipping methods such as international shipping and FedEx.

Postage: Postage is my biggest expense. You can read here about how I save on shipping costs.

Sourcing: This is cost of goods – how much I spend for the items I am selling.

Supplies: I keep office supplies low by taking advantage of free eBay-branded supplies that come with my store subscription.

eBay Charity: This is an optional amount I choose to donate on some items. There are many charities to pick from.

Here’s a few notes about expenses selling on eBay:

Sales Tax: Sales tax is collected and remitted by eBay. However the money comes into my account initially, so I have to subtract it out as an expense.

eBay Fees: These include all fees to sell on eBay including the cost of my eBay store subscription. Plus some shipping methods such as international shipping and FedEx are charged through eBay.

Paypal Fees: These are for payment processing.

Postage: Postage is my biggest expense. You can read here about how I save on shipping costs.

Refunds: I accept refunds for 30 days. Return shipping is paid by the buyer. You will get more sales if you offer returns. Only about half of my buyers that initially want to return an item actually follow through with the return.

Sourcing: This is cost of goods – how much I spend for the items I am selling.

Office Supplies: I keep office supplies low by taking advantage of free eBay-branded supplies that come with my store subscription.

eBay Charity: This is an optional amount I choose to donate on some items. There are many charities to pick from.

Consignment Payout: Paid to consignor for items consigned with me.

Start your side hustle today!

Yes, I wanna make money now! Sign me up for Reseller Bootcamp!

How To Sell Successfully On eBay

There’s just a few things required in order to be successful in selling on eBay:

Thanks For Joining Me!

I hope this is the start of an amazing journey for you of learning how to sell on eBay.

I’d love to help you out in any way I can.

You can find income reports from selling on eBay for previous months here:

This month’s income report looks completely different from previous reports. Seven days into the month, I got switched over to eBay Managed Payments.

Because there is a lag in receiving payments with Managed Payments, I did not receive income for three days this month, which is why it looks like I made less than I normally do.

If you want to learn how to make money from flipping items, I’d love to have you get started with my free 5 day course, Reseller Bootcamp.

Just enter your info below to get started.

Hope to see you there!

Other Must Read Posts 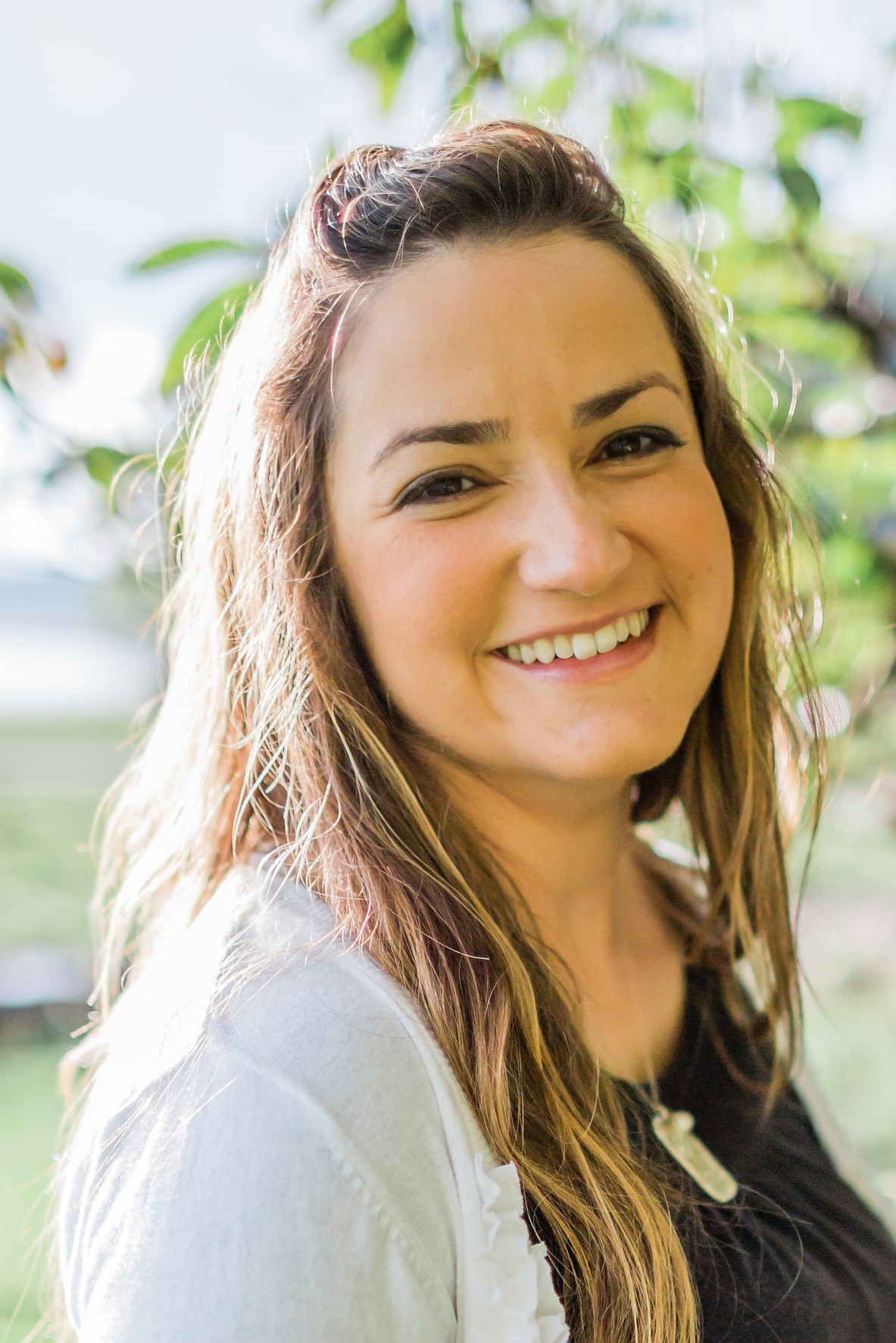 I am a stay-at-home mom that has found an awesome way to make money from home - by reselling part-time! And my passion is to teach you how to do the same! By reselling (flipping) thrift store finds I have paid for my kids preschool, private school tuition, and funded my retirement account. I am currently on a mission to pay off over $100,000 in mortgage debt through reselling!

Featured Products I Use: